It’s a long time, now, that I’ve been observing (more) and practicing (less) those dynamics which I call, we call and they themselves call, independence. Of course this word is a trend, especially found on the lips of those who are looking for their little niche in the spread of funding and favors or/and recognition in the group of institutions. Yet, this word is a fact.

I’m so passionate with it to the point that I’ve also started doubting it. I don’t know how much yet.

But I shall now get straight to the point. Therefore, I would like to present my thoughts and invite you to enrich, exchange, articulate, overturn, pillory them.

Researching amongst books, articles, writings, essays and speeches it came out that the first hurdle that has to be overcome, in order to understand what I mean with the word independence, is that I am NOT talking about the relation between art and politic or art policy. And here it comes the first point:

This debate has produced interesting results in the theoretic field: problematising of the relationship between art and politics (whenever declared or not); outlining its articulated historical parable and especially highlighting the pseudo-activity[1] of those artists who present their “antagonism” – their artivism – in the frame of an ad hoc structured context. In this context it doesn’t emerge a real friction because it can not emerge where everything belongs to the protected sphere of the individual freedom (granted by the democratic society).

Nevertheless, what seems to be undervalued and what I want to investigate, is the system of relations that groups or singles can create and maintain between different realities.

At this point it is necessary to get to the core of my thoughts: the concept of independence, a controversial concept that is often raised as an ideological banner, refers unavoidably to the dependence on the intricate network of relations that those artist create for necessity. It refers to the dependence on the incessant exchange between practice that contemporarily develop in other country, in Europe and all over the world.

In other words the aim is to investigate the modality of contact, of distribution and consumption, the modality with which we find spaces and that for the sharing of means and instruments.

After this premises that I hope will help to make more clear the conceptual ambient in which this reflections are moving in, it is important to underline the indissolubleness of the esthetic (that exist, always) and artisanal value from what I’ve defined as “political”. The isolation of these aspects is important in order to understand the following:

several groups and performers that I’m referring at are not transmitting a message through their shows or events; if ever, the message has to be found in the practice that they carry into effects, in the selection of particular expressive choices and in the adoption of precise life conditions, in the risk that each one of this persons take upon their lives directly; but also in the choice to collect and share instruments and knowledge, in the constant research of spaces and into the growing difficulty to find them. The performance are therefore far from what we can call propaganda, from slogans, but they maintain a very clutched relationship with the artistic research and creation and all that those presume and problematise: rehearsal, discussions, creation of the scenic material, light design, scenic design planning, choreographic movement, self-learning, materials and equipment finding, workshop participation and so on.

Between all those issues, I would like to dedicate a relevant attention to the audience’s reception modalities and to the behavior rules that seem to influence mostly both the artists and the spectators: often you don’t seat, it’s allowed to smoke and to drink during the performances, the silence rule is tacit but not mandatory, the show/performance is enclosed in a wider organization that most of the times envisage a “before” and an “after” in the same space with the possibility to share food and drinks (that most of the time is a strategy of self-funding and that is meant to produces the performance itself or to reimburse the guest artists’ expenses) and which are the most evident and radical difference regarding the production, organization and diffusion of independent practice modalities from the institutional and traditional circuits.

The evident separation between the listed consideration, even though could seem reductive and academic, allows – for the moment at the least – to focus and evaluate the following aspect, that among the other seems to be specific of this new scene: whereas some political issues exist, they are problematised inside the group and actualized through a new form of sharing and presentation of the works; the political issues are reflected, then, in a precise lifestyle and in that way the artistic research could stay autonomous, and only in that way it seems able to preserve its autonomy and independence from the attack of instable changing.

[1] Bojana Kunst, Be Political or you won’t be there! (On political art in a post-political world), in “TkH (Walking Theory) Journal for permforming art theory”, n. 19, Belgrado, 2011, disponibile on line www.tkh-generator.net 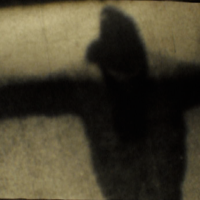 by Gaëlle Cavalieri and Andrea Saggiomo